How To Find A Grain Of Salt In The G.S.D! (Great Sandy Desert)

Well, if you haven’t got the right tools for the job it’ll take longer than a person falling off the moon!

In every industry you’ll find folk who’ve been in their game for a long period of time, whom become familiar with certain terms that only those in that particular business are aware of. It’s okay for those within that particular culture, but those of us on the outside can be left feeling slightly perplexed.

The term we’re looking for is called “technobabble”, and those who embrace these nuggets of gold, tend to spew that particular flavour whenever they’re on a roll. And the worst part of it, .  it becomes automatic for them,. yep,.. they don’t even realise they’re doing it to us !!

One of the first nuggets is shortened to “S.E.O“, yep you got it, . and it’s an acronym for, Search Engine Optimisation. It all started way back when,  with a guy called Brian Pinkerton. He launched Web Crawler in 1994 to actually search text online. As you are now aware things have come on in leaps and bounds since those days.

There is no way I’m going to even attempt to explain how it all works, but just imagine a map of the subway. Even better here’s a snapshot! 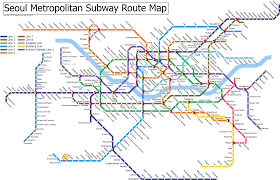 Now, think of a train travelling at light speed and stopping at the stations where folk want to get off and on. Okay,. lets say I wanted to get off at a station that didn’t exist yet.

There wouldn’t be a signal or a physical destination until I’d built one and put it on the map !

This is basically how S.E.O works, and it’s getting more sophisticated by the minute. (So Start Building)

Give The Crawler Some Meat !

The Crawler is a hungry beast, stoked up by the insatiable appetite of an incessant influx of people searching for new and varied stations, (We’re Explorers By Nature). Of course we can’t just feed it carrots if all it eats is meat, the crawler would just give it a sniff and swiftly move on to the next dish being prepared.

The ingredients to a delicious meal for the crawler are kept hidden in an immense locker with a combination lock! And luckily after reading these words carefully and with due diligence,. you’ll be able to open the chest and remove the contents for your own pleasure.

Yep, we hear it all the time (but fail to notice). Stick to the basics, don’t over complicate, keep it simple , “shucks” . But it really is true. The more we learn about any given subject, the more we tend to complicate it. The meanings need meanings which need meanings, etc etc . “the legal minefield being an apt example”.

Learn the principles of any given subject, and I mean “REALLY” internalise them. And therein lies the shortcut, because we’re always looking for  the path of least resistance! (it’s how our brain operates). Once you internalise the recipe that makes the sauce that is poured on the meat, that feeds the beast, you can move on to the next challenge.

Now that you’ve joined me on this journey,   that particular scenario is henceforth banished from your mind forever.

The Crawlers Appetite For Recipes?

The crawlers appetite and all those folk searching for nourishment, be it entertainment, facts, figures etc, are symbiont by nature. (Heard that word in Star Wars, thought it was cool!; )

In effect, there is a constant flow of people wanting to find information online, and the crawler is forever increasing it’s capacity to help garnish their needs (I seem to have a thing about food, “noted” ) ,. So, for instance:

You’re searching for a monkey, the crawler will pump out exactly what is being searched with the word monkey (try it).  There will be other ingredients that come up.

You get the point. All the ingredients are gathered for YOUR particular search (meal)

So if I were to search for a “nice big fat quarter pounder”, nothing actually is suggested in the crawlers menu (no-one has used that particular search ingredient yet) apart from me of course. And if you were to build a site called “nice big fat quarter pounder.com”  not many folk would find it,..not because they don’t want a burger, but in essence they didn’t use that particular ingredient (search term) phew !!

And here we have one of the eight principles of S.E.O,..crawler food.

Make sure there is a symbiosis going on (told you I love that word). I’ve got a friend who has four fairly young children. While eating at the dinner table they often drop crumbs onto the floor. (luckily for them, their little dog laps up all the mess). The dog being  part of a whole.

Hope you like this post, and don’t hesitate to leave your piece of the story in the comments section!

This website uses cookies to improve your experience while you navigate through the website. Out of these, the cookies that are categorized as necessary are stored on your browser as they are essential for the working of basic functionalities of the website. We also use third-party cookies that help us analyze and understand how you use this website. These cookies will be stored in your browser only with your consent. You also have the option to opt-out of these cookies. But opting out of some of these cookies may affect your browsing experience.
Necessary Always Enabled

Performance cookies are used to understand and analyze the key performance indexes of the website which helps in delivering a better user experience for the visitors.

Analytical cookies are used to understand how visitors interact with the website. These cookies help provide information on metrics the number of visitors, bounce rate, traffic source, etc.

Advertisement cookies are used to provide visitors with relevant ads and marketing campaigns. These cookies track visitors across websites and collect information to provide customized ads.

Other uncategorized cookies are those that are being analyzed and have not been classified into a category as yet.