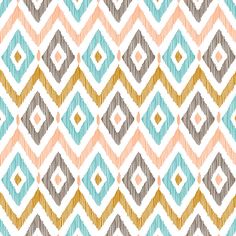 There you go, I didn’t disappoint! Okay, some of you might disagree, but allow me to throw a question out there. Do you know what it is, the shapes, the colors, the concept? Does it speak to you?

I’d be surprised if the pretty pattern conveyed a meaningful message to your brain, apart from, yeah, that’s a segment of frickin’ wallpaper!

Okay, enough already! What is this all about you might be asking. Well, I’m going to explain.

Have you ever heard of personality profiling? I’m guessing you have, and I’m also guessing you’re quite up to date on who you think you are.  What I mean by that is:

and the list goes on, I’m sure you get the point.

Well in the film it all works out okay for the little fish (REALLY!, TALKING FISH)?

Moving on swiftly, the idea of personality profiling is to determine a distinct set of behavioural patterns, in order to categorize YOU. It’s really that simple.

While growing up and experiencing the world around us we build generalizations/shortcuts of our experiences eg: We Know what a door is, although there are many variations

Which are in and of themselves very very efficient. The only problem with this model is, we live in a world full of synthesized data brought on by the media and other institutions in order to manipulate our “beliefs” (That’s a whole post on its own)!

I’m not saying that’s a good thing or a bad thing, it just depends on how you look at it :  )

The point being, to be “aware” of the tools, we have much more of a chance of using them, not the other way round (steer our own ship).

What Do You Mean?

Have you ever questioned your perception of things when someone has explained another way?

It’s similar to watching a magic show, and the magician amazes you with his sleight of hand and ability to misdirect your attention. All he/she is doing is altering your perception. They don’t actually perform magic per se, but they do know how your brain operates, and how to fool it.

Now imagine this,…  You’re walking along a beach on a sunny day listening to the waves crash against the rocks, as you clamber over slippery seaweed and feel the cold of the winter bite into your face.

Okay, the start of the sentence was quite pleasant, agreed? Nine times out of ten the sun and the beach brings up sand and heat!

In effect, our brain uses shortcuts until we give it context. And it does it all by itself! This is where, if we’re lazy in our thinking, we can easily be duped.

If you remember in a previous post “Think your way to the stars“, I touched on the concept of generalisations. Here’s a better explanation, you ready?

Imagine this, you’re about one year old and you’re sitting on the couch waiting for your mother to feed you. All of a sudden you see her appear, having walked through the wall. As you keep noticing this pattern, you realise she is pushing through something. You become even more curious and watch with intensity until the next visit.

When you’re alone you crawl over and investigate, to your amazement you realise there is a fine gap around the part of the wall your mother pushes through. You can actually feel the draught blowing across your face. You push and pull, but the “wall” will not budge. So you crawl back to your couch and patiently wait. (We don’t know it’s a door yet)

She comes through again and this time you notice she has a grip on something when she’s pushing. For some reason, she has to push down on this thing she is gripping to enable the “wall” to open up.

Now to cut a long story short, we go to school and learn that this opening in the wall is called a “door”.

And from that point on, it becomes automatic. We don’t need to consciously think how to open the door anymore we can just do it. (Bit like catching a ball when someone throws it at us)

What A Beautiful Story

We all love stories, I mean, we grew up listening to them, and then watched them on the screen, we read them in books. Stories are all around us, and the funny thing is, we don’t actually see them as stories. They become meanings, then they form into beliefs. And according to how aligned the story is with our lives, determines how disparate things in our lives become.

Having just read an email from a guy called “Jon Street“, I thought I’d add a few pointers from his philosophy.

He starts off by asking “What’s your success question”?

Rather than go through the whole story, I’ll cut to the quip and say, it’s all about how we project things on to the outside world, the world we can’t totally control. Which in and of itself causes us heartache and some form of stress.

A better way is to change our question so it’s internal, something we’re totally in control of (well, eventually, through persistent training). Jons question has boiled down to “How far can I go whilst still having fun?”

So in essence, keep asking yourself questions until you get an internal question eg:

you can’t say, I want to be a millionaire, that’s an external state. A better question would be. How would it make me feel not having to worry about money?

Try this exercise and let us discuss how to develop your mantra.

Wow, that was a bit heady!

I’m not going to write any more on this post, there will be plenty to think about and discuss. So make sure you comment below, even if there is something you don’t quite “get”. If I can explain it then not only am I learning but so are you.

Win/win and that ain’t a bad scenario!

4 thoughts on “Do You Want To See A Pretty Pattern?”