How Important is it to properly organise the things that matter in your life?

Well for some it wouldn’t matter because they’re happy living a life full of chaos. And they can blame everything around them for their misfortune and discontentment.

You’re different, you are reading this article and haven’t clicked off because you felt upset when you read the previous paragraph. Some would say people are lazy, but I’ve a slightly different slant on that idea. Our brains are organised to be extremely efficient and in doing so, most always facilitate the path of least resistance. So when the term used is “lazy” I would tend to disagree and say folks brains are just being efficient. 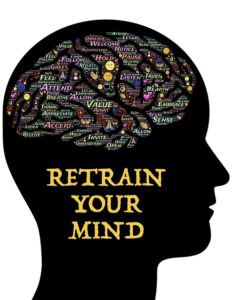 What in fact has happened is you have created a habit (pattern), and patterns by their very nature tend to repeat. The key ideas to take away are:

Now, you can repeat these patterns unconsciously or you can become aware that they exist and reorganise them into a system that conforms to your liking. And of course, that takes quite a bit of practice. Are you willing? because you’re certainly able.

As was stated previously, you have an amazingly efficient brain, all you have to do is reorganise your efficiency to a level that equates to the life you most dream of. All that takes is a little bit of guidance, someone to cast a light on the shadows of your mind.

The Myriad Levels of Organisation

The best way to formulate and organise the things you want to do in life is to look at nature and study how things “work”. There is nothing new under the sun, which means everything you think is new is usually a rehash of an idea from the past. So if we make the assumption that nature is perfect in all its glory, we can surmise that the organisation of it is so. And to copy said patterns would be of the highest attainment of efficiency.

Apparently, this life form is quite basic in the way it functions, it doesn’t have a lot going on. It just floats around scaring the heebie-jeebies out of kids, and adults alike (me included) Although it has been said one of the suckers can live forever (Turritopsis dohrnii) The point being, the more sophisticated the organisational system, the more connections it has to make. BTW jellyfish ain’t that sophisticated ;  )

These things are men/woman’s attempt at trying to replicate human actions, and in many attempts, they far surpass human endeavour. Behaviours that repeat can be simulated quite efficiently by machine, although on the other hand to synthesise the human condition as a whole has been fraught with difficulty, especially the “Mind” of a human. So in essence, to be able to initiate your particular idea into an organisational system is quite the feat. (knowing it can change within the blink of an eye)

The most common form of a hierarchical system comes from Maslow’s pyramid of needs. His system is bottom-up, whereas most other systems are top-down eg: 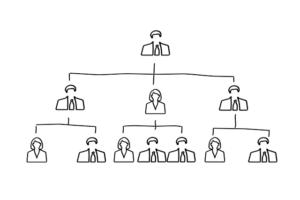 Director down to managers down to operatives or Field Marshal down to officer cadet down to private.

You can look at the system as a whole (macro), or at the details (micro). One of the most fundamental problems in starting out on a new venture is the proper organisation of details. Where do you start, how do you start actually moving in the right direction. And the great thing about what I stated above (there’s nothing new under the sun), means we can copy the processes of anybody that is actually where we want to get to. And when I say “anybody”, I mean either a particular company or an individual. The processes have already been worked out, so it makes it far easier to not reinvent the wheel. Although when you become familiar with your business model, there is no reason to not improve on it (look to the Elon Musks of the world)

You as Field Marshal

This is where you are going to start off, and you don’t have to climb the ranks. Imagine going on holiday in a years time. First, you have to decide where you want to go. Once that has been established you will have to arrange the flights, dates and times. The destination is the main branch and then we have other branches leading off of that limb. 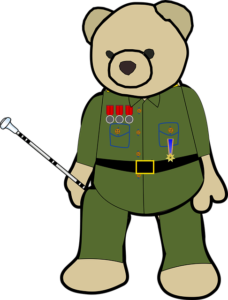 And once you have all the details organised you can look at your diagram (system) as a whole and “see” at a glance all the working parts. Once the plan is memorised (you have a whole year to do this), it’ll make the whole process a dream!

Having put your thoughts on paper or computer, you have actually formed an idea into matter. And the process has started. The execution of the plan is vital to your success either going on holiday or most any endeavour you undertake. But you have to actually “Take Action“.

Now you have to decide if you’re a jellyfish, a robot or an individual with an inordinate amount of resources at your fingertips. I would vouch for the latter, or is that just me being optimistic?  :  )

What do you want to have accomplished in a years time, and two years, then three, five and then ten. Write them down. It’s best to look at the star first and then discover how to get there (have a destination in mind) These are the macro steps that can be built around with micro-steps (the devil is in the details) Having the will to actually plan these steps out is what most folks lack. And that is one of the main reasons only a small percentage of entrepreneurs actually reach their goals, (because they actually do the work that is required)

Okay, that is a step by step guide to achieving anything you want in life, but as you’re now aware, you’ve got to take action “ATTENTION”.

If there is anything I’ve missed, please don’t hesitate in leaving a comment. It might well be your first step?

6 thoughts on “The Importance of Organisational Structures”