Have you ever wanted to reduce the stress in your life so that you could develop a supernatural ability to accomplish any task you set for yourself?

How to Reduce Stress in your life

After listening to thousands of people communicate with one another, there is one thing (I’ve noticed), that holds back their full potential.

An Idea that is a potent “thing”.

And no, it isn’t a typo. I’m deadly serious.

As ideas go, this one is a beauty. You can culminate thoughts without even being aware. 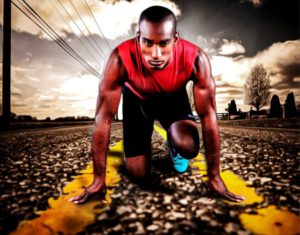 Ideas/Concepts are the grease that turns your motors

The opinions I’m about to impart have taken many thousands of dollars and most of my life to realise (and are backed by world-renowned experts in the field). So, you ready for an adventure?

Well, here’s Merriams Definition. Now, if you look at the different meanings, you’ll discover they have one thing in common. They all exist in the world of the “physical”. What you’ll find is, when you feel stressed, it first has to emanate from your mind to be able to manifest (The Law of Attraction comes to mind).

It’s an idea that you may have learnt over the years from your peers etc. And, over time through improper understandings of how your brain operates, a schema is formed.

Giving a multitude of opposing beliefs (that your brain is continually trying to make meaning of) which in and of themselves cause the feelings you associate with the idea of Stress “lookup Cognitive Dissonance“. To hasten my point, have you ever wondered why some people stress over silly things. And some aren’t bothered at all. 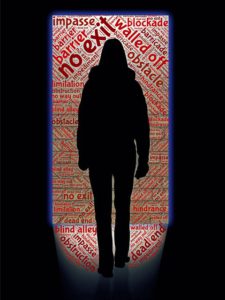 So in effect, it’s a threshold you may become used to. A point you daren’t go past because of the overwhelming feelings that seem to envelop you, and hold you back( marathon runners are similar when they try to break through “the Wall”). Some give up never to really push themselves, and some keep going and eventually get into the “Zone”.

The zone is a place where you have trained your thoughts to obey your commands. A place where you have overcome any challenge or obstacle that is in your way. A feeling of real focus and powerful energy. And you’ll find that energy pulsing through your veins once you reach the desired state of mind. Would you like to get into the zone? Of course, you do (who wouldn’t).

There are different schools of thought regarding this idea. Some would say you have to sit cross-legged, holding finger and thumb, while humming specific notes with your vocal cords. And if it works, go for it. (I’m not knocking it)

And there are schools of thought that say, the best way to become calm when you’re not, is to strive for ever-higher levels of stress. So that the brain can adapt to it, and then move on. To back away from it is never to face the fear. And aren’t there just so many books out there propagating such things. 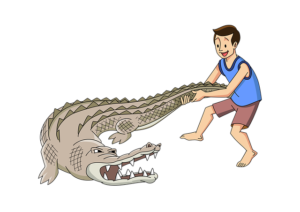 I know of some highly successful people who wrestle with crocodiles to overcome specific stresses. Although I’m not in any way suggesting such activities, I hope you get the point.

If you’re anything like me, the process of learning new skills or behaviours can become extremely daunting, or fascinating. Depending on how you “perceive” them. Have you ever joined a gym, and didn’t know folk in there. It could have been exciting to get to know people, or daunting because you didn’t know anyone.

Whatever you formed in your mind, was, or is the way you “acted” in that particular situation. Now, this is the one that took me an age to understand. (The Acting part). 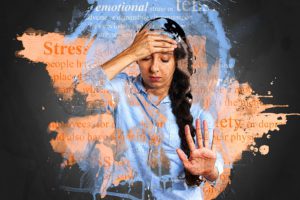 When you “react” to a specific event/situation, what your brain does is to recall the memories from the past and put them up front. So when you think you’re consciously acting out a scenario. You aren’t. It’s a prediction from the past made real in the future/present.

There are many examples of this reality explained and shown by top neuroscientists. One example is when Lisa Feldman Barrett shows a picture of some jumbled colours (An indistinct pattern) on a slide. She then goes on to explain the photo of the actual snake, (faded in), that the colours represent. Even the language we use confirms what I’m saying, “To REpresent). So in retrospect, once you become aware of this fact. And realise that your brain acts out specific scenarios for you.

It’s at that moment you know the full potential of your capabilities. And as long as you overcome set patterns by replacing them with “habits/patterns” that are more specific to your desires. The sky is the limit, or not, whatever you can conceive, believe, you can achieve. As Henry Ford once quoted: “whether you think you can or you think you can’t, you’re right”.

So, to garner your levels of excitement (some call it stress). You first have to know the meaning that is defined for you. Once you have internalised this idea, you make it real by going over it in your mind through the art of psychic driving/repetition. Eventually, the meaning will form a belief and hey presto!. The rest of your life becomes a “self” fulfilling prophecy. 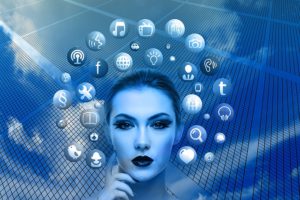 So, in essence, that has most likely happened so far in your life. You may have been unaware of the process the brain goes through to determine your reality. And now that you have a better perspective, things could be approached in a far more superior fashion. But it’s entirely up to you and your motivation.

I hope this short synopsis helps in adding new “perspective” tools to your belt. And as always, if you want any clarification on any points. Leave a comment and I’ll get back to you faster than a speeding bullet.

4 thoughts on “How to Reduce Stress in your life – And become unstoppable!”