You’re walking across the sand on a sun-drenched beach, having exhausted yourself slapping the waves with synchronicity, (That’s swimming in layman’s terms ; ). As the air above the concrete promenade shimmers, reflecting the scorching rays.

You discover the need to quench your thirst. And by chance, a joyous vendor is selling ice-cold drinks and “fancies”(ice cream stuff). You make the exchange and oh, what a wonder as the cold juice fills the empty void that once was, and nourishes every cell of your being. 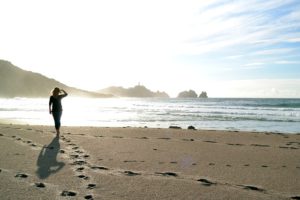 The story you just read is a prime example of a “funnel” from the vendors perspective. He or she have positioned themselves in a top spot to maximise the number of ice creams and drinks they sell. (The funnel is a process of events leading to an outcome). Each step has to seem “natural”.

And if the place is in a prime location, (which it is). Then it won’t be long until other vendors notice, and flood the market.

Clear Blue Ocean or, Feeding Frenzy for the Sharks?

When the market/Beach becomes flooded with vendors, it’s time to pull out the stops and use your creativity to separate your products/services from the herd.

So now, you aren’t selling ice-cold drinks (on their own). You’re also surrounding yourself with beautiful women/men so you can swim in the blue ocean. Away from the blood-red sea of overcrowding. These are the ongoing moves you have to create so you can distinguish yourself from the many.

Stages of Awareness – How hot are they?

How hot or cold are your prospects?  There’s a general rule of thumb in marketing, and it’s this: 3% of your audience is warm (as long as you’ve done your job well). 7% are lukewarm, and the other 3 x 30%s diminish at every stage. 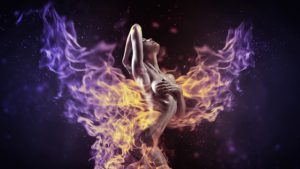 They’re becoming ice cold with the last Thirty. So, if you had 10,000 visitors per day on your website, only 300 of them (who are hot) would need to be slightly nudged(psychologically), to part with their moola. The others need a lot more work (If they come back at all). These are (of course), rough metrics that allow you to keep in “mind” the numbers you’re working with.

To Know or Not to Know – That is the Question

Lots of people are asking the question: How do I get to know people online? And my answer is, go and look where they’re chatting. On forums, such as Linkedin, Facebook, Quora and many more. Just ask Google, and hey presto. The answer shall appear!

The idea is to discover the problems your potential readers are discussing. E.g., I was looking through Linkedin last night, and one of the most popular posts was about “Why most businesses Fail”? 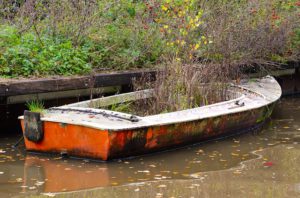 There were many answers/suggestions for the reasons. But I like to go nuts deep and wonder if these reasons are the concerns of the individuals commenting. Think about it.

If I asked you what your thoughts were on an organisations failure. You’d have to pick your “own” brain, and (in effect project “your” concerns), or beliefs onto the situation?

So, what we have, right in front of our eyes, are loads of potential problems to solve. Make sense? What I’m suggesting is people in general, fear to start a business because of the high rate of “failures”. (BTW, companies don’t fail, people do.)

I could go into the nitty-gritty, but it would mean writing a book. So instead I’m putting it out there on(streamofmoney.com) in small “actionable” bites.

The Funnel to Your Success

As with a sales “funnel”, your life leads a similar path or process. Imagine for a moment starting or running a business. Be it a well-established concern or a fledgeling entity. There are steps involved that are essential to its continued success.

And if you were to neglect any of them, or start becoming complacent. The rot would set in, and the structure would soon collapse. This is how vital “funnels” are. (Have you noticed how the word “process” has been overridden by “Funnel”). 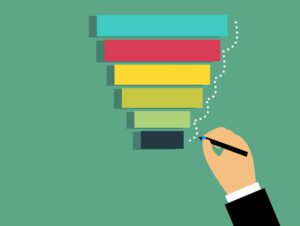 Funnel is the “new” catchphrase, amongst many others out there. They become trendy, and everyone gets on board. So a funnel is just a process of events/tasks that help reach specific “Goals”.

If I decided I wanted to eat a KFC (that’s my goal). I would have to stop typing, shut down the com’ and step outside. Get into my car, and drive about ten minutes down the road.

Park up, and walk to KFC. Where I would wait in a queue, order my food, pay for it, and wait some more. This, in effect, is my funnel for consuming some chicken flesh. And that my friend is a successful outcome. So always think with the end in mind, and work towards it, (Keep it Simple)

There you go, another concise article for you to consume. So make sure you lap it up along with all the linked posts on streamofmoney.com. You’ll thank me later when you achieve all the successes you’re striving for.

And be sure to leave me a comment below so we can get to know one another, don’t be a stranger.

P.S It takes time to grow into the person you want to become, so make sure you achieve at least one step towards your goals every single day, (A Step A Day Keeps Procrastination at Bay)

8 thoughts on “Marketing Funnels – And Why They’re Important”