Mind –  pen –  paper. All the spells of an age mixed into a collage of meaning.

The Art of Using the Devils Pen

The force that guides the economy is a little idea called desire. It exists in all men and women and needs expanding to the point that it overcomes boredom, skepticism, and price.

Your challenge, writing copy with the devil’s pen,” is to pump that emotion hard, so it overflows in torrents. 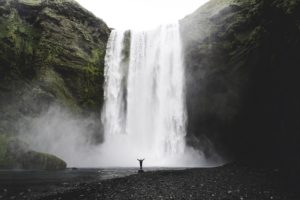 Because there’s a balancing act going on for our emotions. The ones that get the most attention are the ones that feel the best — some people enjoy the sensation of pain, and some don’t.

So, learn about your customer if you want to direct the right message.

Desires are unclear for your customer; they’re a blur, a daze.

They need the right story to stimulate each desire – so it rages into a fire so hot, you’ll have to hose them down before they explode.

Build the Story to Enhance their Desires

Even for something as mundane as a cleaning product, you’ll have to wrap a story around it so it connects emotionally with your prospect. If, for instance, you’re selling “bleach,.” What specifically is your customer wanting? 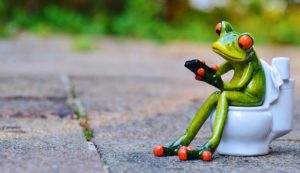 Some would say, “A clean toilet.” And others would paint a picture of a fresh river flowing through a meadow, with the birds singing and the sun shining.

A “clean toilet” evokes an image of a dirty toilet (subliminally). So in effect don’t mention “toilet”, and paint the picture of tranquillity, not stagnation.

As you might be aware through reading the last passage, the message isn’t quite as apparent until it’s revealed to you.

Some advertisers use the “dirty toilet” as a repellant towards the “clean toilet.” (There are many strategies, and they should all be tested).

If you heard someone mention pink elephants, it would evoke a picture of the very same thing. It’s impossible “not” to think of them. The point is, the process happens with every word we hear, although it seeps in mostly on the unconscious level.

The main objective for you as an aspiring copywriter is to focus your customer’s attention (with the words you use). So that the pictures they formulate in their heads “need” more and more of the story you’re presenting.

The roles your customer Desires

When a woman decides to become a mother. She starts to prepare for the role she will act out in society. Firstly she needs to find a partner so the propagation (spreading the seed) can begin. Then she will want to build a home to nurture the child/children. 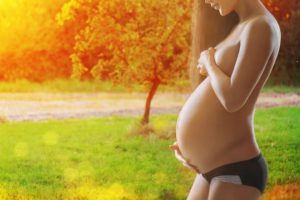 The whole process has many attributes, and they all form the role she plays as a mother. Or her perception of a mother. (All mothers have different ideas)

So if you wanted to inflame her desires with clothing for her little ones, Firstly, you’d have to research the culture she’s living under. (An Eskimo doesn’t have the same dress “sense” as an Ethiopian).

I mean…have you ever been to a fancy dress party and found yourself “acting out the role”? This shit becomes hard-wired in our brains (look at the Stanford Prison Experiment). When you recognize a certain costume, you’ll identify with it at some level.

If you use the example of a typical “Western Society” mother, look at the prevalent advertising and what the majority of mothers (her peers) are acting out. Their “identity” has mostly been influenced by repeated promotions of the relevant products and services of the day.

“Never attempt to educate an existing culture; it’s too costly; instead, go with the flow.”

We all have an armory of belief systems that help us navigate the ship (our bodies) in the best way possible (for us).

A culture is a group of people who usually have similar traditions and belief systems that they act out in a social environment. 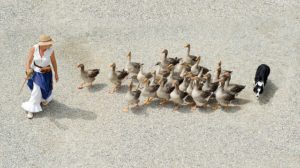 Belief systems are, without doubt, the most complex fusion of thought and emotions in the human mind. So “never” attempt to turn the tide of beliefs.

Your job as a successful copywriter is to not only expand people’s desires,so they burst. But also to “gradually” (one step at a time) move the pieces of “belief” to a more desirable position on the board. And keep in mind you want to create an ongoing relationship with your customers. So make sure you do all you can to help their journey.

The Power of Ideas

The power of a good idea is priceless. And those that can attach the concepts to existing belief systems are sure to be lavished with riches beyond their imaginations.

Have a look through the book stores, and countless authors are positioning themselves with altered perspectives. And being paid handsomely for their efforts. I’ve spent many thousands of hours absorbing information and regretted not one second. The cumulative effect of learning from so many authors is astonishing. It enables sharing (in a condensed manner) the articles on streamofmoney.com

All value starts as a seed of thought and culminates through concerted action, into the structures and processes we see around us daily.

Reading these articles is your first step toward the life that you’ve dreamed of. But it’s only a baby step (although a very powerful one).

Keep reading the articles as I post them, and you’ll discover some precious ideas that you’ll be able to put to use. You must take action, though. Nothing is accomplished through “inaction.” 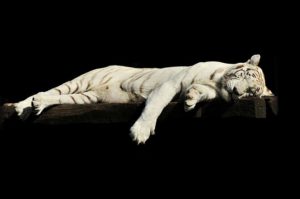 As you read these posts, you’ll notice the links are internally connected (well, most of them). And they’re all relevant. So take your time and keep coming back; you’ve nothing to lose and everything to gain.

Time is “Wealth,” and these pages are abundant, so if you have any questions, take action and leave them below and I’ll reply in a heartbeat.

6 thoughts on “The Devils Pen”