There are “real” fears, and there are imagined fears that manifest themselves in reality. To be able to distinguish the two is what I’m about to explain. So are you ready to jump in, or are you fearful of failure?

The above is a quote from Lord Acton and means the more power that is gained, the more immoral the person becomes. Implying that once power has been won, the seed of immorality has been born.

What is the Fear of Failure?

It brings to mind a film I watched back in 2000 called “Gladiator”. Written by David Franzoni and Directed by Ridley Scott. In a scene with Russel Crowe (Maximus) and Joaquin Phoenix (Commodus). Commodus says to Maximus (just before they fight in the Arena) “Do you think I’m afraid”, and Maximus replies: “You’ve been afraid all your life.” 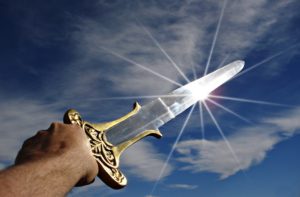 Keep in mind that Commodus is the Caesar of the Roman empire, and has been “afraid all his life”. It paints a whole new perspective on power and morality, and fear mixed with immorality.

The quote should read: Fear Tends to Corrupt and Absolute Fear Corrupts Absolutely

People who know no fear are powerful compared to the weak, who fear and despise what they aspire to and believe they can never “BE.” (Commodus “being” a vulnerable person in a commanding position)

Some folk say fear is an innate human condition. I beg to differ and would say to them, “survival” is the name of the game. Fear is a reaction to a “real” threat to one’s life. The “idea” of fear comes from many sources during the process of living your life. The fear of being uncomfortable is quite a useful “generalisation” to encompass most of life’s limiting behaviour.

Failure is an idea introduced to us through our culture. And it encapsulates many forms, all of them being uncomfortable. If you keep in mind that fear (in today’s world) is just a representation of a past “anchor“.

EG; Imagine being in a situation where something happens that causes immense emotional trauma. The trauma will act as an anchor to “RE-present” a similar re-action in the future. It’s why you cry when you watch a “sad” film. Your brain will find similarities to the event in the past and bring it forward to the “pre-sent”. And because it happens so fast, you’ll think it’s because it’s a sad film. You’ll discuss it with your friends, who will all agree. Which, in turn, creates a group of people who feel more in tune with one another, and deepens their friendship.

Imagine these events carrying on for decades of your life. It’s no wonder we think we know “who” we are.

Many people (including yours truly) have faced their fears and afterwards, wondered why they feared the situations in the first place. The actual “event” and the imagined event are very far apart. But you’ll only ever realise this if you take action. 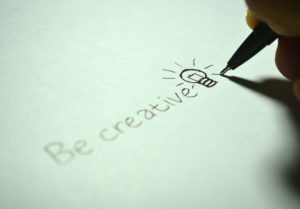 The fear of a situation is never how it will unfold. And all the planning in the world will never go as planned. Life and its journey are multi-faceted, so it’s always best to keep doing and learning (repeat and rinse).

Before you know it a year has gone by, and you will have reached your goals, or your inaction has taken you “nowhere”. Reminds me of a song by John Lennon and Paul McCartney  “Nowhere Man“.

The main distinction between animals and humans is your ability to think about your thinking (philosophise). This speciality enables you to conceptualise an idea and then manifest it into reality. For instance, when you write out your thoughts on paper. The thoughts are at first in the ether, and then you make them visible with symbology, (letters and words).

These meanings aren’t innately truth nor fiction. But as a society, we make them so with our acceptance and agreement.

You have the choice whether to accept someone else’s “meanings“, or make them up for yourself.

When you understand what I’m explaining here (and it will take time and patience), you’ll realise that most of your fears are imagined, and because you “believe” them, they become real.

If you search the internet and look at all the different cultures that have existed, and exist at present. You’ll know there are many meanings and traditions. And most of the people in those cultures “believe” their world views. So, in essence, if you were born into any of the multitudes of cultures around the world. Your “meanings” would coincide depending on the particular traditions of that tribe of people. 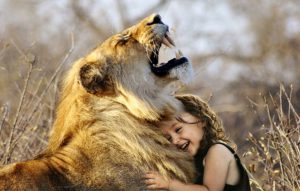 And the same applies to learnt fears. The fear of bubblegum seems silly to most. But to the person involved, it is authentic. I’m using this as an example to show you that if most people all had the same fear. It would no longer be silly. And this is the same thing we learn as a society when we’re asked to stand up in front of ten thousand of our peers. We’ve all agreed that it’s f”$king daunting to even think about that scenario.

Research the great orators of our time and wonder how they became so good. I can guarantee they didn’t fall out of their mother’s womb being that good. It took patience and practise.

Now for the “RUB”

What is failure? Here’s the best meaning for that idea: The refusal to keep moving forward. (That’s my definition BTW).

So to have failure fears is to be afraid of advancement. The best way to overcome old patterns of behaviour is to replace them with new ones, over and over again.

Inaction is the ability to stand still, and most people have practised this habit for years. And if you’re still reading this article, you now know how to redefine your meanings. You’ve been doing it anyway (but unconsciously). Now is the time to take control and keep moving forward!

And don’t forget to leave your thoughts, take action and make them real.

6 thoughts on “What is Fear of Failure?”