There is always a remedy for particular problems. The difficulty is knowing where to find them.

Pandoras Box and the Golden Fleece – What a Paradox

As the legend goes, Pandora was the first mortal woman, breathed into being by  Hephaestus. She received two gifts from Zeus. One was the trait of curiosity and the other a box, which was screwed tightly shut, never to be opened.

Of course (being a woman), she opened the lid, and all the ills of humanity flew out of the box and cursed the earth for eternity.

(If I were a woman, I would have said “being a man”, so depending on your gender alter the story to fit you : )

The Golden Fleece was not only a symbol of Kingship but also acted as a panacea. So allow me to show you the power of the fleece.

The Golden Fleece – And the Fullness of its Power

As you’re most probably aware, the “story” of the Golden Fleece is just a myth. But makes for an excellent analogy for solving the problems that were released by Pandora. 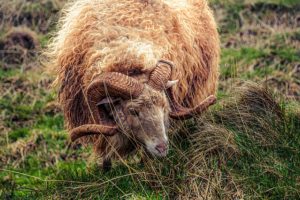 Online Marketing can be quite a challenge for the uninitiated. There are so many professionals baying for a piece of the pie. And they mostly flap around brainstorming new ideas to spew over the publics attention, hoping for a share.

Lets you and I swim somewhere else, where the water is blue and fresh. And if you’ve perused streamofmoney.com. You’ll have begun to learn and open your mind to new possibilities at a pace that suits you. The idea of marketing your wares comes in the form of a new world. A world where your reader has never experienced before. Somewhere without the repetitive jargon on “hacking” your 10x productivity cycle.

New is new and old is old. And these techniques work for a while (is why they’re copied for so long). But they don’t fool anyone once the rot sets in. Your challenge is to keep adding a new slant (re-positioning) whenever you can. People will copy you, but hey, that’s part of the game. And it’s where your fame will build upon itself ; )

Overcoming the obstacles of Tradition

The trouble with being schooled in traditional methods of marketing is how it can limit your perspective. You’ll have to “untrain” your mind to “new” ways. And old habits can be hard to break. Although saying that, if you’re new to marketing, it would be wise to follow the traditional path. And then learn the basics (but don’t hold on to them). Keep your mind flexible to new ideas. 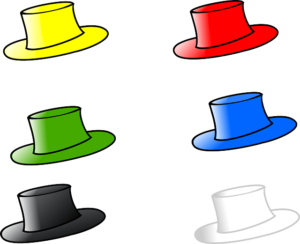 I remember (way back when) reading a book by Edward De Bono, called the six thinking hats. The hats were all a different colour, each one signifying one particular perspective to think “from”. So keep in mind, when you learn marketing, there are many angles to perceive the same thing. Try not to become trapped in your own “truth”.

Like I’ve suggested before, have a gander through the rest of the streamofmoney.com, and you’ll get to grips with some of the ideas I’m explaining here. Even if you don’t understand the concepts at first, they will percolate in time. And this is where the “Eureka” moments will come from.

Web-Page Copywriting comes in many forms as described “here.”

Make sure you decide what your objectives are before you start writing your copy. The style you’re reading here is more “Brand” copywriting. I’m sharing ideas that you will find useful in your life and business (if put to use). And as streamofmoney.com grows, your comments will fertilise the mind with ideas. And everyone can take from it what they desire, hopefully continuing the process.

The most important part of the copy is the Headline. Taking into account peoples ever-decreasing attention span. This part is analogous to a big firecracker going off, or a powerful flash of light. It has the effect of drawing folks attention away from other distractions and focusing it on your copy. 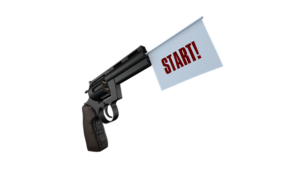 But your work at this stage has only just begun. The rest of your article has to lure the reader from sentence to sentence. Paragraph to paragraph. Page to page.

And there are three elements you have to know to achieve these goals.

First of all, you have to stimulate an overwhelming “Desire” for your wares. You can’t “create” these desires (they’re already there, under the surface). They are both physical and material.

Not unlike the feeling of languishing in an ice-cold pool after a physically gruelling 5-hour marathon, under the scorching sun. Or the feeling you get while driving your brand new Bentley and only hearing the slight ticking of the small clock on the dash. Taking in the fresh smell of luxurious leather all around you, while passers-by look in awe, (that last part encompasses identification)

We all have desires, but your job as a copywriter is to sharpen, expand and draw out these feelings.

The next element is “identification”. These are the roles your reader want to “act” out, as was stated above. To show off to your peers and establish a form of status.

Watch a quiz show and listen to what the contestants do for a living. And they’ll tell you “what they are”. Either a solicitor, builder, architect, accountant etc. These form a part of their “identity”, amongst other variables. So when you’re creating copy for a particular market/Identity, make sure you don’t try and fit a round peg into a square hole.

The third element is peoples “beliefs”, and we touched on that subject “here“.

As a copywriter, your job is not the argue their beliefs but to nurture them, and build upon them to facilitate their decision-making process. Here’s a treat for you. It’s a sentence from Blair Warrens book “The One Sentence Persuasion Course”.

People will do anything for those who encourage their dreams, justify their failures, allay their fears, confirm their suspicions, and help them throw rocks at their enemies.

It’s a profound sentence and has taken many years of study to be able to share with you. So do it justice and learn from it.

So, there you go another precise, cutting edge, no-nonsense look at the workings of online marketing and webpage copywriting. Remember to keep coming back and building on your knowledge, and before you know it, a Master you will be.

Make sure you leave a comment and let me know if you want some pointers concerning any of the topics mentioned.

6 thoughts on “Solutions to Online Marketing”