Have you ever thought something was impossible, and someone came along and blew those thoughts out of the ballpark? If this hasn’t happened to you, it has happened to quite a few people over the years. One instance being, when a guy named Roger Bannister ran a mile in under 4 mins (the majority thought it impossible). A similar event happened recently in the 100 m sprint, where a man named Usain Bolt smashed the preconceived beliefs of “expert” coaches (he didn’t have the right build for a sprinter, “too tall”).

The Truth About Making Money Online – Cause You’re Worth it

The truth to making money online is: “it isn’t as easy as some people would have you believe.”. But saying that, it depends on how you look at it, or as some would say, “it’s a matter of perspective“, (shatter those limiting delusions). 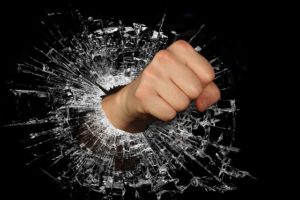 Have you ever come across someone who is always “Trying” to get things done, or trying to make it work. (I have). And here’s the crux. When you hear that sort of language, you know from the start the person saying it doesn’t believe they’re going to get things done. Those with a different “attitude” will say: “I’m Going To Get it Done”, no matter what, (and they do).

The reality is, there are billions of people online every single day, and millions of them are “making money”. And you can too if you follow the steps on streamofmoney.com (there’s no BSB on this site)

There are tons of ways to make money online. All it takes is a little thought on your part, and a lot of dedication (remember when you first learnt to ride a bike). “At the end of this article, leave me an idea you have, and I’ll explain how to implement it.”

A journey of a thousand hours starts with one hour. Time as we know it doesn’t stand still, it keeps chugging on, day after day. And before you know it a year has passed, then ten years and on it goes. 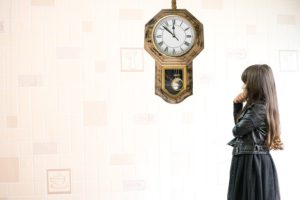 It’s vitally important that you realise this at a young age, and stop wasting “YOUR” time being entertained by all the circuses out there. Make a habit of dedicating one hour a day on something that will create an income for you online, and within one year you’d have worked over “9” forty-hour weeks. This “practise” will develop into a routine which in turn will form a habit “two months in, you’ll want to put in more hours“, (Believe me).

The essential part of making money online is to set up a “hub” of operations. This would ideally be a website, or you could operate a facebook page or any of the other social networks available. (A website is considered more professional, and you could have the social pages as add ons to promote your brand).

The Big Secret (Not the Film)

Here’s a different angle for you to “perceive”: A hundred years ago there were just over 600, 000 cars on the planet. And none of these vehicles was mass-produced. The attention to detail and the quality of materials were the best that were available. And there were no “time” constraints as we know them today. 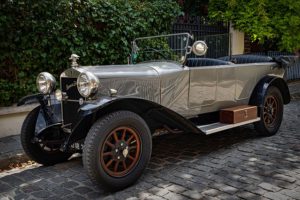 People used to take “their” time to do things the right way. And there was no pressure to get things done “NOW”.

In today’s society, people are trained to want things instantly and become anxious when the results don’t match.

Because for you, it’s different, as you’re reading these words, you know that anything worthwhile takes an allocated amount of “time” to achieve the results you desire. If you wanted to climb Mount Everest, look at the preparation, (it takes at “least” one year to just train your body, let alone all the other things involved).

I’m not saying it’s going to be anyway near that difficult to create a successful business online. But it isn’t going to be “plug & play”.

Make a hobby of it at first, so you don’t stress out while waiting to earn some money. That’s one of the many reasons most folks give up on anything they “try”. They aren’t prepared for the journey. You’re lucky; you’ve got streamofmoney.com to lend a helping hand, (your private sherpa).

An offline business would typically be in debt the first year, break even the second and start making profits on the third. (And that’s a successful business) Most fail by default, (they give up).

Online companies have little overheads and can start making profits within a short period by comparison (This is the reality). All the knowledge is provided here on streamofmoney.com. Dedication is all you need to start now. So dig in and learn this stuff, it’ll become natural over time.

Note: You can start making consistent profits within six months to a year of start-up ( if you put in the effort).

The reality of the Game

As I’ve mentioned in previous posts, the internet has become the playground for countless scam artists. Purely because the majority of people are lazy and fall for the easy, plug and play instant riches garbage. 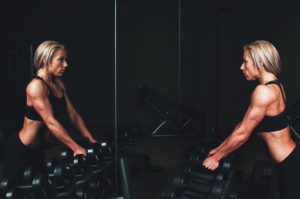 The reality, (and most folks find out the hard way), is you have to do some work to master the skills needed to perform outside the realms of “normal”. And like I said earlier on, take your time learning what’s on offer here at streamofmoney.com, and your riches will be guaranteed (that’s a fact).

So, can you make money online? Absolutely you can. All it takes is a dedicated heart and the right motivation, to carry you on throughout the rest of your life.

Make sure you familiarise yourself with all the golden nuggets presented. And keep coming back to make sure you “internalise” the concepts. You’ll thank me further down the line.

On your road to riches, and a life that most only dream of.

There you go, another concise, no-nonsense, state of the art post for you to consume. So, eat up the knowledge I’m sharing and relish the prospect of a prosperous future, making money online. (Don’t get indigestion, take your time)

P.S Make sure you leave a comment below so we can share ideas, and I can get to know you.

8 thoughts on “Can I Make Money Online?”